Eliza and the Delusionals - Jackie 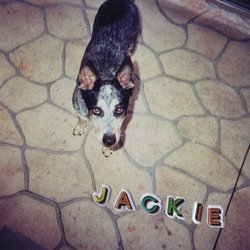 Led by colourful frontwoman Eliza Klatt, they've been making waves since their inception in 2015. Capping off a successful 2016 of touring, Eliza & The Delusionals released their second single ‘Salt’, which Triple J’s Dom Alessio described as “a fuzzy stab of power pop that’s sure to brighten your day.” The single landed a nomination for ‘Song of the Year’ at the 2016 Gold Coast Music Awards, and was the first taste of the group’s debut EP ‘The Deeper End’, which also featured punchy singles ‘Deep End’ and ‘Falling Out’. 2017 saw Eliza & The Delusionals performing alongside artists including Grinspoon, Ali Barter, City Calm Down, and UK rock outfit Nothing But Thieves, before heading off on Australian tours supporting Dear Seattle and Killing Heidi. They were featured in March as a Triple J Unearthed feature artist, won the Triple J Unearthed NIDA Music Video Comp, and shortly after embarked on their first international tour to Canadian Music Week. Kicking off 2018 with a spot on the Byron Bay Falls Festival line-up and supporting Tiny Little Houses nationally on their album tour, the Eliza & The Delusionals momentum only seems to be growing.


“I wrote this song about coping with loss after my dog passed away,” says vocalist Eliza Klatt. “It was probably the saddest I had ever felt. I wasn’t sure if I’d ever be able to write a song that would do justice to how I was feeling, but it felt really right when I finished writing it".