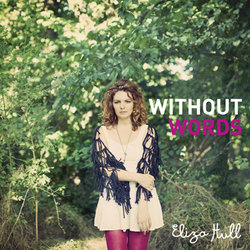 An eclectic approach to sound has supported the intensity, emotion, and lyrical story-telling which characterise Eliza Hull's music and compels listeners to enter her world.
Hull's new EP Dawn was recorded and produced with Jonathan Steer and Leigh Fisher (Gypsy and the Cat), and features collaborations with Mark Pearl (Texture Like Sun), and Ainslie Wills.
Recording in home studios, garages, and churches has added depth to the already lush and textured tracks which feature string and horn arrangements, and give a nod to nineties electronica.


‘Without Words’ is the first single from Eliza Hull’s forthcoming EP, Dawn. With a delivery that mirrors the dizzying realities of love it details, ‘Without Words’ is a formidable introduction to EP's hypnotic aura.

‘Without Words’ is stark in its candour. Blending subtle electronic stylings and heartfelt lyricism.