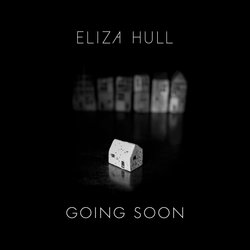 Eliza Hull’s music is not for the weak hearted. A stirring and captivating songwriter, Eliza has been responsible for the creation of music that hits straight at the core of the listener.

‘GOING SOON’ marks a fitting follow on from the rich ‘HARD WAY’ and 'REWIND' single release, as Eliza gears up for the release of her much anticipated EP, ‘How We Disappeared’ due for release late October 2018. Following her recent relocation to Castlematine, Eliza’s songwriting has moved further into the indie folk field and in linking up with acclaimed producer/engineer Jono Steer (Gretta Ray, Ainslie Wills), a dynamic partnership was soon formed.

Eliza’s music has enjoyed broad support by Triple J and national community radio alike, while also catching the attention of American audiences, thanks to sync opportunities with popular TV shows including Awkward and Teen Wolf. As a live performer, Eliza has garnered a passionate fan base over the years, supporting the likes of Mia Dyson, Katie Noonan, Husky and SAFIA while reaping the successes of multiple sold out headline dates along the way.


'Going Soon' is the final single from Eliza Hull's upcoming EP 'How We Disappeared.' A indie, folk tinged song, full of rhythmic hand claps, that draws on themes of growing up, and moving away from the city.