Elisa Kate - Holding On To You 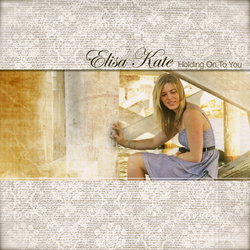 
Title track from her second release, 'Holding On To You' sums up the unique Pop style, depth and honesty that defines the album. The song admits to past mistakes and expresses a longing for love, deeper than that which the world offers.

Other tracks by Elisa Kate: I'll Always Be  -  The Last Time
%