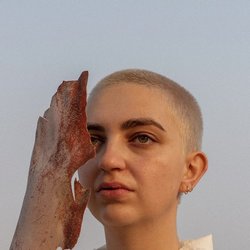 Incepted in early 2018, jangle rock trio Elder quickly made their mark on the Brisbane music scene with their unique and distinguishable sound, quickly making them one of the most in demand acts in the local scene.

Being described as 80s new wave in a modern haunted house, this powerful and refreshing sound made Elder’s debut EP one of 2018s most interesting releases. “Cyril” is a testament to the technical and dynamic musicianship of the rhythm section, which provides a robust yet interesting foundation while the unique and dreamy melodies float effortlessly above, creating a sound that can only be described as enchanting.

Recorded and produced by the band themselves, "Cyril" was released on two limited edition cassette colours – royal blue and sonic lavender, with the B-side featuring exclusive tracks, not available anywhere else!

2020 sees a slight lineup change (Thomas White replaced by Henry Reece on bass) and the release of the much-anticipated debut album 'Binoei' via 4000 Records. Foreshadowing the album are two singles 'The Commute' and 'Wabi Sabi'.