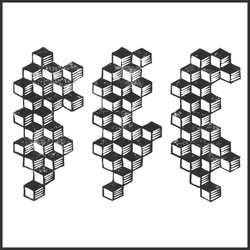 Elbury is a Brisbane-based alternative-folk band who have been writing, performing and recording original music since emerging onto the Brisbane live scene as a mellow folk duo in 2010.

Elbury is a band in a constant state of change. Over 3 EPs and 1 album, the band has staked out its territory, built on its strengths and swelled its ranks! With keys and layered harmonies added to the mix since their last album, the new Elbury songs are lush and full-to-bursting, while still keeping story-telling and melody firmly in the spotlight.

Spoiled for choice – these days, Elbury is a songwriters’ collective, with ideas from all five corners of the room jostling for a space in the track listing. Members share lead vocal duties, and occasional instrument swapping keeps things interesting in studio and on stage.

The band have been in-studio this year, preparing a follow-up to 2017’s Haunting Ground (LP). The first taste of new Elbury tunes will arrive December 2019, with the full album planned for a mid-2020 release. Stay tuned!


Half the Night is anxious and moody. In the background, the constant thud of sleep deprivation, while paranoid thoughts come creeping in from all sides. Edward and Brooke's haunting dual vocal add to the desolate, lonely helplessness while swirling synths bring in moments of colour and hope.

Other tracks by Elbury: Whispers
%