Eilish Gilligan - Someone Else 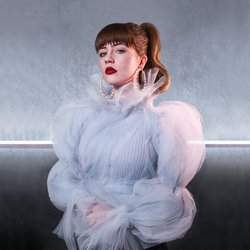 Melbourne producer/singer/songwriter Eilish Gilligan has made a big mark over the past couple years, releasing incredible stand-alone singles that showcase the vulnerability of an innate and reflective songwriter coupled with powerful pop production.

From the beginning, Eilish was quick to earn support; her warm, spectral pop music has earned well-deserved praise from the likes of triple j’s Zan Rowe, Richard Kingsmill and Nick Findlay, full triple j rotation with 2018 single S.M.F.Y (becoming one of the most played songs of summer), glowing write-ups from Rolling Stone, Red Bull, and NME, a feature on Bandcamp’s homepage, and live supports with Alex Lahey, E^st, Confidence Man, and Montaigne.

There is an athleticism to Eilish’s performance – you can tell there’s craft there, a certain training and sense of discipline that’s hard to cultivate without years of work. There is power in her vocals, but restraint, too; she knows that an emotional gutting is done better with a whisper than with a yell. Her masterful sense of control brings to mind Bat For Lashes & Kate Bush – like both those iconic pop auteurs, Eilish has a keen sense of how deeply devastating a lone voice and some synths can be.


"When I was really young, I ended a relationship with someone and immediately jumped on the train to head home. I cried quite dramatically, put my sunglasses on and listened to 'Born To Die' by Lana Del Rey for the whole journey. Someone Else is a song for that person on that train, gobbling up sadness like I was starving."