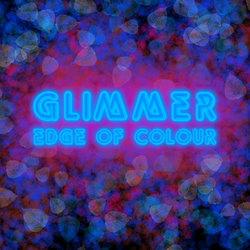 With 16 years performing between them across Australia and also Japan and the UK, EDGE OF COLOUR was formed to launch their unique sound and performance collaboration.

Their debut EP, Glimmer, rose swiftly through the Triple J Unearthed Charts, and they are soon to release their next EP in 2010. They have performed to acclaim and appreciative dancefloors throughout the East Coast of Australia. Their big sound, plus kaleidoscopic visual show, and art collaborations have seen EDGE OF COLOUR rapidly gain high-level industry support since their first gig. One of their first performances at the MONA FOMA Festival, Tasmania, saw them playing the stage alongside the likes of Grandmaster Flash and Decoder Ring…

Edge of Colour are heading to Tokyo in 2010 to perform and have a new release due out late 2010.


World Orchestra is a beautiful breakbeat lullaby, melodic, sweet and expansive. The song was written about the small joy of a garden, despite all the complexities and distractions surrounding it, the beauty of this living simplicity echoes through.

Other tracks by Edge of Colour: Glimmer  -  Sweet
%