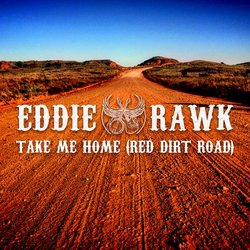 A dream to play at Australia’s country music hub of Tamworth and to conquer Nashville over in the USA, was the muse that brought Eddie Rawk and his band together. All hailing from Melbourne, the band’s lead vocalist and guitarist Eddie Rawk, together with his band united for to breed a modern, hard style pulse for their country, rock and pop core.

The band have lined up a fair list of notable shows having recently performed at the 2019 Tamworth Country Music Festival at four iconic venues such as Longyard Hotel and Southgate Inn pub, entertaining packed crowds with their energetic live show and launching their new EP ‘My Life’s Road’ selling hundends of copies to raving fans. In 2018 the boys supported Paul Costa at the Whittlesea Country Music festival and performed alongside Carter & Carter and Jetty Road at the 2018 Taste Of Tamworth Tour. Eddie on solo has featured lines of ‘Boys In The Bush’ on Lee Kernaghan’s Tamworth Toyota video and welcomed in 2018 at Tamworth Country Music Festival, scoring himself a spot on Channel 7 News covering Keith Urban’s ‘Somebody Like You’.


This is our very first single. It's a song about being tired of the city life, and desiring to leave your office job to go out to the bush and let your hair down.