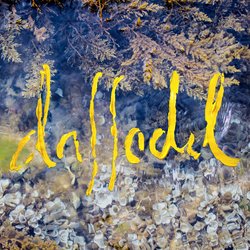 Early Life:
Music has forever been the basis of Ebony’s being. Ballet recitals at 2, Piano exams not long after. By high school, Ebony was touring the world singing and performing in bands and show choirs. In 2009 Ebony was signed to local record label Champion Sound. This lasted roughly 12 months. She then began gigging professionally and throughout high school this developed into multiple nights a week. From nightclubs to football stadiums, Ebony was putting in the hard yards to grow and develop as a young musician. During these early years Ebony featured in the dance cast for Vogue Runway Fashion Show and as a piano player for Nickelodeon Network Ten on the TV show Lightning Point. Additionally in the Australian TV show ‘Battle of the Choirs’ as part of Cantabile.

2015 - 2016
She moved onto cruise ship performances in 2015 with a couple thousand gigs of experience up her belt. In 2016 she then ventured over to Ibiza Spain performing 6 nights a week having officially touched down in 21 countries by age 21. Ebony will be releasing her debut album September 2016. This will expand into a tour for early 2017.


A positive song about those dreams you have at 6am in the morning right before you have to get up.
All about the life you dream of, an optimistic song.
Very chill & laid back, a song you'd hear at a surf club eating lunch on a Sunday afternoon.