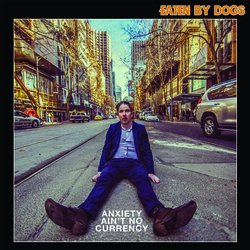 Anxiety Ain’t No Currency is a record of our times: music to listen to as you steer your way through the escapism of modern life.

Featuring members of Graveyard Train and Cash Savage’s The Last Drinks, the players in this band prefer to slow things down and paint dark musical imagery rather than musically showing-off or nailing country licks.

Despite Eaten By Dogs being nominated for Best Country Album in the Age Music Awards (2014), or being coined ‘the latest Australian ambassadors of honest alternative country music’ by Tone Deaf, it seems that with this second album the band’s discontent with making ‘country music’ has only grown. Drawing their musical inspiration from post-rock, post-modernism, anxiety and oppression as much as alt-country music, Eaten By Dogs are doing their best to outgrow the pigeon-hole. Produced and engineered by Sam Lowe, Eaten By Dogs recorded Anxiety Ain’t No Currency in Aviary studios and is emblematic only of their home town’s incredible Melbourne scene.


This summer's biggest hit! As is their way, there’s a smirk amongst the blunt sombreness here "prison cells, at least they have tv". Extenuated by the accompanying clip, a day-in-the-life dramedy that draws parallels between the despair of drought and a bickering too-much-time-together relationship.

Other tracks by Eaten By Dogs: Only You  -  Over Now