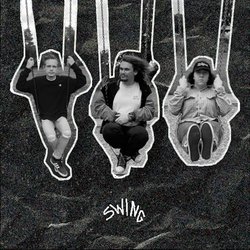 After forming in mid 2017, Earl Grey's Breakfast Tea began dipping their toes in the live music scene. Since then, they've performed all over Melbourne's north side for the better part of two years, supporting and headlining a myriad of shows at venues such as The Workers Club, The Espy, The Gasometer Hotel, Grace Darling Hotel and Broadmeadows Street Festival.

Having released their debut single, 'Chrome Lung', the band show no signs of stopping and are currently curating their self-titled forthcoming album.

Blending influences from garage rock, alternative punk and elements of psychedelia, Earl Grey's Breakfast Tea draw inspiration from a diverse range of artists such as IDLES, The Clash and Oasis, allowing them to bring their own unique flare to a live setting. The trio put an energetic spin on modern rock which is matched by their authentic chemistry on stage, concocting a dynamic live set not to be missed.


This song about bad choices leaving you to turn to people who you long ago thought had given up on you.