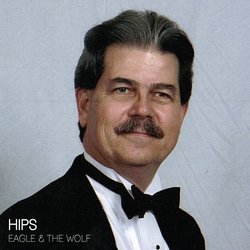 Built from heartbreak, forged on love. Sarah Humphreys and Kris Morris met and decided to make a life and music together as Eagle & The Wolf. There’s nothing fancy or fake here, just open hearts, great songs and the truth. Together they are truly magical.

Their debut single ‘Mama, Son and The Holy Ghost’ has had a huge response. After premiering on Triple J’s Roots ’N’ All it was also playlisted on Double J and reached Number 1 on the Amrap Chart.

Their self titled album, 'Eagle & The Wolf', a collection of ten songs co-produced by the duo alongside Syd Green (Matt Tonks, Dirty Lucy, Iota) in an old farm house in the Southern Highlands is as raw and heartfelt as it gets and the performances are stunning. Released in March the album has received rave reviews from Rhythms Magazine, Rolling Stone and Sydney Morning Herald to name but a few.

After sharing stages with the likes of Hayes Carll, Charlie Parr, Corey Harris and Blind Boys of Alabama, EATW will open for Kasey Chambers on upcoming NSW dates in support of their new single 'Hips', “the sexiest hillbilly hoe down you’re ever likely to hear".


‘Hips’, the second single from Eagle & The Wolf is described by Kristen as “the sexiest hillbilly hoe down you’re ever likely to hear". The follow up to 'Mama Son & the Holy Ghost', 'Hips' could be the best fun you can have with your pants on (or off)!!