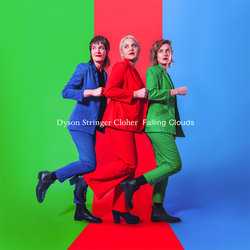 In 2013, Jen Cloher, Mia Dyson and Liz Stringer came together in the spirit of collaboration and experimentation to release an all-too-brief 3-track EP. They took their music deep into the heart of the country, playing more than 40 shows across every state and territory, as well as festival performances at Byron Bay Bluesfest and Queenscliff Music Festival. Dyson Stringer Cloher was a moment in time that showed extraordinary promise. In the intervening six years they all pursued their solo careers, releasing a combined 8 studio albums, winning multiple awards and touring globally. Now, the trio mark their return with new single 'Falling Clouds'.

Of the video, Jen Cloher explains, "Drag has always been a fun way to explore gender through performance. 'Falling Clouds' examines how the rules and privileges of gender have shaped the careers of women and non binary artists in Australia. Whilst it’s a serious subject, we decided to have some fun with it. Choosing to take on three of glam rocks most revered icons, we discovered that even masculinity is a performance.”

Trailblazers like Dyson Stringer Cloher have inspired the new wave of women and gender non conforming artists who are now finding an international audience.


As premiered by Double J, the new single 'Falling Clouds' by Dyson Stringer Cloher reminisces a time when Jen Cloher saw The Clouds and Falling Joys at an underage gig in her hometown of Adelaide in the early 90s. Paying tribute to the axe wielding women in Australian music who showed those coming up that it could be done.