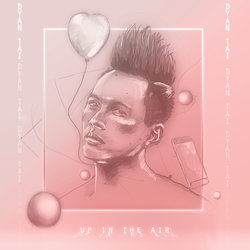 Malaysian born Dyan Tai, sets himself apart in Sydney’s music scene with his colourful and edgy on-stage style as a singer, songwriter and DJ.

Armed with his mirror-coated keytar, Dyan has performed to audiences across the country and has also been invited to perform as a special guest at various cultural events; headlining the Newcastle China Week and Malaysia Fest in 2016.

Dyan is also a regular performer at Sydney Mardi Gras and is currently a resident at Stonewall Hotel as part of their new live music initiative; producing and creating a unique live electro-acoustic experience at the iconic venue.

As a singer-songwriter, Dyan’s singles have charted on Triple J Unearthed (#4 Pop Chart), been up a for a MusicOZ Award nomination, and have been on high rotation on MTV Australia.

Dyan collaborated with online clothing label, Mr Gugu for his music video, Digital Kiss, which was also selected by Destination NSW as the promo track for their website, Sydney.com.


A few months ago, as I was leaving the house to go on a Tinder date I got a text from him to cancel. This is what dating has become - a lot of talking, flirting, sexting which on most occasions lead to nothing. That is the inspiration behind UitA.