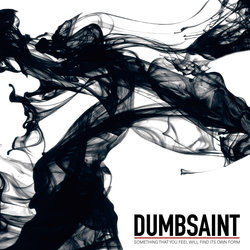 Dumbsaint is a three-piece instrumental band from Sydney, Australia.

Brought together through their love of film and experimental artists such as ISIS, Hideaki Anno and David Lynch, the band seeks to present an 'installation' where sound and image interact.

Following in the footsteps of progressive rock stalwarts, COG, in 2010 Dumbsaint were invited to curate their own month-long residency at the now defunct Excelsior Hotel in Surry Hills.

November 2011 saw the band enter Studio 301 with Producer Tim Carr (Matt Corby, Totally Unicorn, Serious Beak), to bookend the last 4 years of what up until now, has only been accessible by a live audience.

The debut album "Something That You Feel Will Find Its Own Form" showcases Dumbsaint at the height of their musical and personal evolution, exploring their turbulent history through a cathartic wash of dynamics and emotion.


Inwaking is the second single from Dumbsaint's debut album 'Something That You Feel Will Find Its Own Form.'

Beginning with a wash of psychedelic and progressive ambient rock, it builds to a cathartic and climactic crash of frenetic lead guitar and rhythmic interplay that recalls Tool by way of Mogwai.


Other tracks by Dumbsaint: Don't Forget To Bring Down The Sky  -  Rivers Will Be Crossed
%