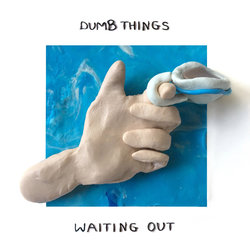 Two years after introducing their slant on Queensland’s fabled That Striped Sunlight Sound to the world with their self-titled debut album, Brisbane indie rock purveyors Dumb Things return with another earworm, 'Waiting Out' from their impending sophomore album Time Again due November 8.

A new and assured take on the bedroom pop of their debut, the songs on Time Again caress the sensibilities like a cool summer breeze, their distinctive slacker-jangle owing a sonic debt not just to Queensland forebears like The Go-Betweens and The Apartments but also the next waves of Aussie bands who also mined that same fertile ground for inspiration like Dick Diver, Twerps and The Ocean Party.

In the wake of their debut album overseas listeners and critics proffered more exotic touchstones like Pavement, The Chills, The Feelies, The Clean and Nap Eyes, but Dumb Things are a distinctly Aussie proposition, albeit one with a firmly universal appeal.


Dumb Things hit back with the next taste from their upcoming sophomore album, Time Again. Featuring their usual, both at times, wandering and interlocking guitars, ‘Waiting Out’ picks up where ‘Today, Tonight’ left off. The song’s words, vague and unassuming, convey the feeling of being out of place but ultimately being ok with it.