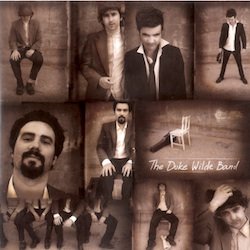 Playing a mix of blues,country and good old rock'n'roll the DWB have had an incredible year. Winning the Coca-Cola Battle of the Bands at Tamworth in 2010 and the Qsong Award for Best Country Single in 2010 the band wowed thousands on the main stage at Gympie Muster. Now having released their debut album in 2011 they are going from strength to strength. The album is completely self written with 10 great songs produced by legendary Nashville Hall of Famer Louis Shelton and has received brilliant reviews from the country media with Country Update calling the band “the most exciting new band in Australian country music” and Capital News hailing them as making the country scene “an exciting place to be”. After playing to thousands at the Town Hall in Tamworth this year and launching their album at a a sell out gig at The Pub in Tamworth, their debut single “The Band Plays” is receiving great support at radio across the country and the video has recently been added to CMC. 2011 looks like being a very exciting year for the four young men from Gympie.


The 2010 Qsong Award winning Country Town is an uptempo celebration of living in a small town in Australia rather than the city and all those things you miss when being away....friend, girls, football, fishing etc.
Already a proven radio hit on Hot Country where it sits at number 14

Other tracks by Duke Wilde Band: The Band Plays  -  Why Don't We Hear Ol' Waylon Anymore
%