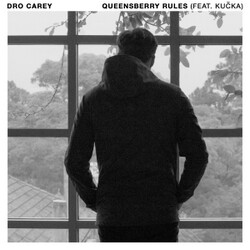 Landing somewhere in between dance, grime and electronica, the Sydney-based producer creates soundscapes that are not only intelligent but uniquely nomadic. Following releases on labels such as Greco-Roman, TTT and Templar Sound, Ward returns with the first taste of his new material.

Ward’s output as Dro Carey is notable for its experimentation with pop, grime and UK garage; sounds which seem to be largely absent from local electronic scenes. Undaunted by the lack of a domestic context for his productions, Ward has carved out an identity as an unconventional and unique international artist.

After producing for veteran UK grime MCs such as Trim and Merky Ace, and self-releasing the acclaimed Vital Trails EP, Ward’s work as Dro Carey channelled its many influences and came into its own with the 2014 ‘Club Injury Handbook’ release on vaunted London label Greco-Roman. This EP saw Ward appeal to a larger audience, with all three tracks on the release gaining accolades from diverse corners of the dance music world, ranging from Mixmag to The Wire, with a consensus that they functioned both as direct, energetic DJ ammunition and inventive, effective songs.


With previous releases firmly focusing on the smoke-riddled clubs, the new single sees Dro Carey traverse new territory. Working with KUČKA and Collarbones’ Marcus Whale on the track, ‘Queensberry Rules’ sees the Sydney producer creating a unique pop sound, however maintaining the gritty DNA that he is distinctively known for.