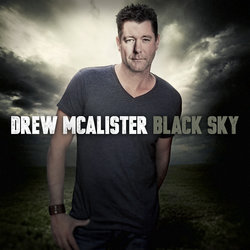 Born and breed in the bush (Drew was born in Narrabri and raised in Moree), the Australian landscape, love, loss, family and real people's stories are always going to be McAlister's song writing DNA.

Drew was performing in bands while still at school. At an imposing 6'3 and with that now famous voice, he built a career and a family, which included marrying the love of his life and having two gorgeous kids.

Solo gigs and song writing, lead to a trip to the States in 2009, which would see Drew collaborating with some amazing song writers in Nashville. On his return to Australia, he met up with Troy Kemp and the next 6 years was a blur of touring, No 1 songs, 3 hits albums, ARIA and Golden Guitar red carpets and some amazing experiences including spending some one on one time with Big and Rich in John Rich's home in Nashville and being invited onto the tour bus of guys, who are lets face it, American Country royalty.

For Drew McAlister, it's never been about being famous. It's always been about the music. Nothing is more important than family and loving what you do.


The forthcoming release launches today with thunderous lead single and title track ‘Black Sky’. Produced by Drew together with Ben Robertson ‘Black Sky’ is a nod to those Australians who inhabit rural areas and endure the hardships that often accompany living on the land.