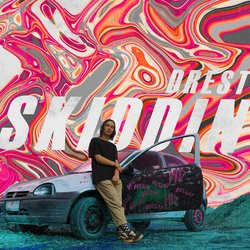 18 year-old rapper and part-time producer 'Drest' entered the scene in November 2018 with his first project, a 4-track mixtape titled 'Dead Phone' featuring the song 'Shapes.' The rising rapper's melodic rhymes and intricate wordplay have since been heard in various Spotify playlists and a follow-up single 'Juveniles,' had his versatile and rapid vocal deliveries heard on Triple J a few times. Gearing up for his next mixtape release, highly anticipated lead single 'Skiddin'' is set to be released on August 16th, and much much more to come from the young artist.


Melbourne teen crooner Drest is back with a slick, melodic new tune Skiddin, made of honest and humbling lyrics, and comes off a wave of Triple J support, which included a handful of spins on national radio and an influx of four star Unearthed reviews from Triple J hosts and co.