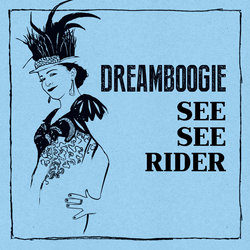 Dreamboogie were formed in 2010. They take their name from the famed Langston Hughes poem.
Since forming they have won the Melbourne Blues Challenge, competed at the International Blues Challenge in Memphis (USA).
They have appeared at festivals, clubs, hotels, bars, private functions Australia wide.
Their debut album, topped the Australian Blues/Roots airplay chart.
Their vocalist, Rebecca Davey, is inspired by the classic female Blues artists of the 1920s/30s. "The original Blues singers are such role models" she states. "They defied the racist and gender attitudes of the day, to make their own mark. I want to bring the spirit and attitude of their music into today's world"


See See Rider was a song originally performed by the great Blues singer, Ma Rainey. Many Blues artists have re-interpreted and re-worked the song. This is our take on it.