Dream On Dreamer - Feel So Empty 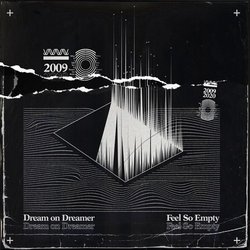 Dream on Dreamer was formed in 2009 by founding members Marcel Gadacz and Callan Orr who have since been producing music with the aim to instil themes of ambition and passion. The band has been built off the belief that nothing should be done by half measures and you’re either all in or not at all. It is with this strong sense of passion to be able to present themselves as nothing but the best that they can be, that they have decided to call it quits, 11 years since the bands inception.

However, the band have always held their fans in high regard and therefore aren’t leaving them empty handed, as they set to release one final full-length record which the band has described as ’the most diligently crafted and strongest representation of the band’s themes and values to date.

The band has had an incredibly rewarding career, racking up over 50 millions streams, touring 24 countries and supporting some of the biggest names in the industry. Receiving multiple award nominations, including ARIA’s Best Heavy Rock Album it’s no understatement that the group have long held the limelight amongst heavy music fans across the globe.


Feel So Empty is a track that encapsulates the feeling of self destruction. Being caught in a negative space in which you seem to end up sabotaging yourself and making poor decisions. The track is an anthem to anyone who has hit rock bottom and needs to know that they are not alone in what they are feeling.