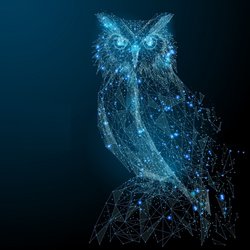 The elusive and infamous Doctor began studying the art of mixing with the Cikap Kamuy priests of Southern Hokkaido at the age of 3. It was here that he was first bestowed the title of "Komori no mimi" (literally translated as "having the ears of a bat") and officially recognised as the living reincarnation of the venerated Ketupa Blakistoni, the first god of the fish owls.

Leaving the island at the age of 13, with an honorary doctorate, and forsaking all material possessions – except for a microphone, mic-preamp and portable DAT recorder - the doctor then began a 10-year aural pilgrimage, collecting and cataloging musical and auditory samples from every country in the world and across every known genre and sub-genre of music.

Finally, whilst recording the Zoroastrian yašts of the Arachosian tribes on the summit of Mt Tirich Mir (“The king of darkness”) in the upper ranges of the Hindu Kush, Dr Effector attained universal enlightenment. It is claimed that in an esoteric moment of transcendent apotheosis, the doctor received the deific title of “Effector” from the divine wind reverberating in the mountainous passes below.


Rejoice at the death and cry at the birth - Starman is a celebratory homage to the life and music of the David Bowie. The end of the song always reminded me of a samba style melody so I went one step further and "calypsised" [sic] it.