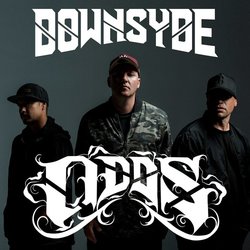 Formed in 1996 for a school talent competition, Downsyde kicked open the doors for West Australian hip hop artists as well as being early pioneers on the national scene. Since then, they’ve released four acclaimed albums, won a stack of awards and toured Australia and the world numerous times.

They’ve toured with and supported the likes of The Roots, A Tribe Called Quest, Jurassic 5, Cypress Hill and Public Enemy with the latter’s Chuck D a fan of the band.

In the years since their last release “All City”, the group’s members have been busy on numerous projects. Dazastah has produced for and toured with Drapht and produced for A.B. Original. Optamus has released a solo album as well as run hip hop workshops everywhere from regional indigenous communities to prisons and schools and was nominated for a golden WAMi.

After eight years in between drinks, the WA hip hop institution released their fifth album “ClassicILL” at the end of 2017.