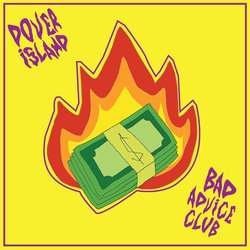 Having worked hard to establish themselves, Dover Island have built an impressive gig portfolio, playing with the likes of Slowly Slowly, Clowns and Approachable Members. The band’s debut single ‘Casey’ dropped on Triple J Unearthed in Feb 2019, and within the first week ranked 9th on the indie charts. Receiving a warm reception from the online community and described as “Punk tinged goodness” by Triple J’s Declan Byrne. With this latest release looking to be better than ever.

In March, the band launched their first EP ‘Participation Award’ with a wild party for 100 of their closest friends. Cutting their teeth in the studio with Ben Stewart (Slowly Slowly), the band were stoked to finally make their debut. With this new release Dover Island goes from strength to strength, shining a light on the future of the band, one even louder and rowdier than ever before.


‘Bad Advice Club’ is Dover Island at its purest. All about trying to endure young adulthood and all the no-good house parties, sloppy mistakes and well, bad advice that comes with it. 'BAC' was recorded by the band, and then mixed and mastered by longtime pal Aidan Ginn (Turn South, Don’t Text Ur Ex).