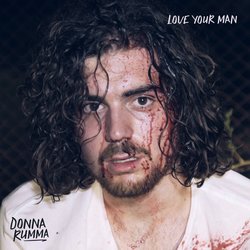 Donnarumma are an exhilarating 3-piece from Adelaide, South Australia. Inspired by modern contemporaries such as Arcade Fire and Jeff Buckley, this rock trio gives it their absolute all to leave the hair of your arms stand up and to send you goose bumps.

Led by the captivating vocalist and front man Louis Donnarumma, the band are filled with intensity paired with incredibly intricate music to make you move, and to be moved. With their songs of heartache and desire, Donnarumma are all about creating suspense and a moody atmosphere, showing their authenticity in their music. Through impressive musicianship and charismatic stage presence, both Louis and band members Anthony Costanzo and Max Tulysewski draw you in from heartbreak ballads to driven and upbeat climatic peaks.

Already making their mark in their local scene, Donnarumma have shared the stage with nationally renowned acts such as Julia Jacklin and Amber Isles, in addition to touring the Australian east coast with Mane and showcasing at Adelaide Fringe, Semaphore Music festival and Umbrella Festival. The debut single Love Your Man will release in May, following with their debut E.P Billy Billy release, having their east coast tour and popping their heads in the festival circuit.


Love Your Man is undeniable; those drums, those horns, that hook - delivered with just the right concoction of desperation, frustration and bubbling, tenuous anger. With hints of jazz influences that filter through the likes of The Cat Empire, and notable production and arrangement references to Gang of Youths.