Donna Dean - Baby Doesn't Love Me (Like He Used To) 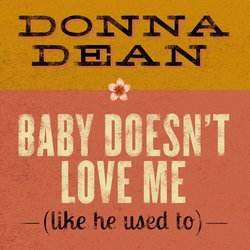 Folk songs, traditional American country and blues music, deeply rooted in the harmonies and contradictions of family and community, explains the crafting of Melbourne based singer songwriter Donna Dean's work.

She's a multi award winning artist who wrote the title track to a Grammy nominated Blue Grass album. She has worked with an 'A list' of the world's outstanding music makers. Dan Penn, Spooner Oldham, Don Mclean, Russell Smith and The Amazing Rhythm Aces, Willie Nelson, Albert Lee, to name a few.

Her creativity has been likened to that of songwriting legends Joni Mitchell, Leonard Cohen, Tom Waits and Bob Dylan.

Donna grew up in the suburbs of Auckland, New Zealand. She comes from a musical family whose cohesiveness was deeply rooted in music. Her grandfather, Neil Mclean, AKA 'Banjo Mac', was a member of the Neville Carlson Revue Company. Her mother introduced her to American country music by Carter family, Jimmy Rodgers, Loretta Lynn, Merle Haggard, George Jones, and the like.


All the signs are there that the relationship is slipping away - what to do?