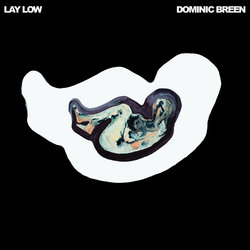 “A deeply talented artist who is only just beginning to show the amazing wealth of material he has in his back pocket.” – Wayne Connolly (ARIA award-winning producer - Cloud Control, Boy & Bear, Paul Dempsey)

Dominic Breen’s new single ‘Lay Low’ is a striking display of inspired lyricism and beautiful songwriting. It follow Dom’s debut single ‘Sydney Kids’ which picked up 4-5 star reviews from 8 different presenters and Superusers on Triple J Unearthed. It was chosen by Ben Folds as one of his favourite Unearthed tracks, added to rotation on several indie stations (including 2SER & Unearthed) and featured on several Apple Music playlists.

Working as a gardener by day, Dom finds that words and melodies will arrive in his head fully formed, right in the middle of cutting a hedge. As a teenager, Dom suffered a number of serious concussions and ultimately severe head trauma. Bizarrely, these injuries unlocked something within him and his writing flourished. Songs and poems began to flow out of Dom at a rapid clip. They haven’t stopped since.


"[4 stars] Got totally swept up in this. Another superb offering, Dom." - Declan Byrne, Triple J

Defined by its universally relatable lyrics and gorgeous instrumental, producer Wayne Connolly (Cloud Control, Boy&Bear, You Am I) called 'Lay Low' one of the best songs he'd heard in a long time."


Other tracks by Dominic Breen: Sometimes The Wrong People Are At The Top
%