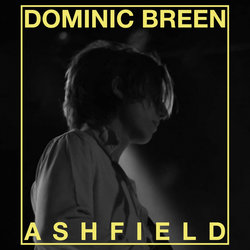 After just one EP to date, Dominic Breen’s distinct sound has already turned plenty of heads, with his song ‘Sydney Kids’ being chosen by Ben Folds as one of his favourite Unearthed songs of last year and his video for ‘Lay Low’ starring acclaimed actor Richard Roxburgh in the first music video of his three decade career.

Produced by Tim Fitz from Middle Kids and mixed by Nick Franklin (Clews, Polish Club), ‘Ashfield’ is the moving new single from the rapidly rising Sydney troubadour. The song is lifted from Breen's forthcoming second EP rattlin, due September 6.


Told from the perspective of someone trying to salvage a relationship that they know is beyond repair, the song’s title serves as a double entendre for both the Sydney suburb and "a field of ash”. When asked for his own take on the track, Breen simply called it “a song I chose to record."