Doc Neeson - Walking In The Rain 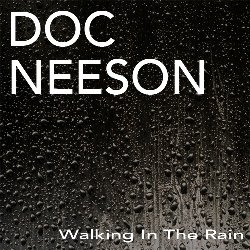 Since the inception of The Angels, Doc Neeson has been known as songwriter, lead singer and frontman for The Angels (Am I Ever Gonna See Your Face Again, Take A Long Line). Although departing the band in 2000 Doc reunited with the original band members in 2008 touring extensively to co-incide with the 30th Anniversary edition "Face To Face" and continued working the band until 2010. In 2005 Doc, formed the band Red Phoenix and released a self-titled album.
In August 2008, Doc Neeson and his song writing partners in The Angels, the Brewster Brothers, were inducted into The Australian Songwriters Association Hall of Fame, in recognition of their song writing.

In 2013, Doc Neeson took part in the RocKwiz salutes Vanda & Young live tribute shows around the country.
When discussions began between RocKwiz producers and Alberts about these iconic Australian songs and suitable performers, the idea of teaming Doc’s mellifluous voice and the speak-style of ‘Walking In the Rain’ was ignited. Originally recorded by Flash and the Pan, Doc’s recording was produced by ARIA Award winning producer Brendan Gallagher at Albert Studios late last year.

The live performance on RocKwiz will be televised on SBS ONE March 24th.


Recorded for RocKwiz special, the Flash and The Pan (Vanda & Young) original teams Doc's mellifluous voice, the speak style of the original (1978), a sample from Jonathan Zwartz’s Shimmer, The Remembering & Forgetting Of The Air for momentum and Blues veteran ‘Continental’ Robert Susz’s (The Dynamic Hepnotics) harmonica.