Disco Is Dead - The Feeling's Gone 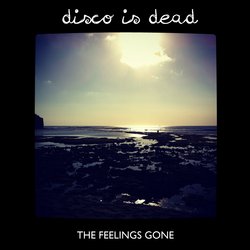 The band came to life at the turn of the decade, when three old school friends emerged phoenix-like from the ashes of past projects to create a soaring new musical beast. The band has spent the last 18 months steadily building a reputation for blistering live sets with a host of shows throughout Sydney and Melbourne. Previous single ‘Vents’ was released in early 2013 and has received radio play around the country including on fBI (Sydney) and PBS (Melbourne), as well as video rotation on Rage.


‘The Feeling’s Gone’ is an expansive take on the band’s sound, its ebb and flow punctuated by soaring choruses of rising intensity that swell towards a frenzied climax. All the while, the underpinning guitar riff emulates a pulse coming back to life after cardiac arrest.