Dino Jag - You Make Me Feel So Good 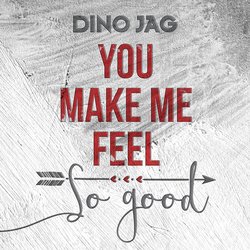 A South Australian treasure Dino first launched onto the international music arena in 2005 with his unique cover of the 70’s classic, “Play that Funky Music.” The song burned up the charts worldwide, reaching number 8 in Australia and number 34 in Denmark.

Dino Jag hit the international spotlight again with the release of his song “Calling All The Saints” breaking records to become the #1 most purchased song on the “Music For Good” program for Oxfam America.


This song will take you on a joy ride through the streets of ‘infatuation’... and when those feel-good endorphins kick in and start pumping through your veins you’ll want a whole lot more!