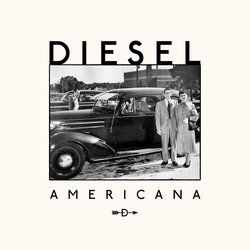 There’s a concept brewing over at Diesel HQ … an album on which Mark Lizotte, known far and wide as Diesel, will pause to look back on the path that led him to today: eight studio albums, six ARIA Awards, one of our nation’s most lauded and accomplished rock guitarists and singers.

And appropriately, for an artist born in America and raised in Australia, the concept is: Americana. Diesel will be paying tribute to the artists that influenced his own musical stew on a new album – and on tour – by putting his unique stamp on some classic songs.

The music may be American, but Diesel will approach it the only way he knows how … “It’s very Australian what I’m doing,” he says. “That mongrel thing – taking music, whether it’s from England or America, then crossing things over. We’re not scared of mixing things up here and breaking the rules. Never have been.”

Other tracks by Diesel: Here Comes My Girl
%