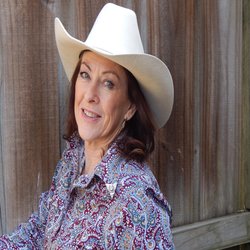 Touring extensively, running her own shows, co-hosting a weekly country music radio program and with a very busy recording schedule, Dianne has earned a reputation second to none right throughout Australia and is much sought after bush balladeer artist.

Dianne is a multi award winning recording artist gaining several Female Vocal and Peoples’ Choice Awards, was inducted to the 2014 Hands of Fame in Tamworth and also to the American ‘Old Time Country Music’ Hall of Fame. Along with husband and lead guitarist, Peter Simpson, Dianne has had four finalist nominations for Golden Guitar ‘Bush Ballad of the Year’.

Dianne co-hosts the very successful ‘Back to the Bush Concert’ held on the main stage during the Tamworth Country Music Festival. More recently Dianne has an invitation to travel to the USA to feature at a ‘traditional’ style country music festival and has won the 2018 Bungendore Stan Coster Memorial Bush Ballad Award for Female Vocal.


This beautifully written ballad tells of an early goldminer in this country – an important part of our history, interpreted and delivered with authenticity and clarity in the way that only Dianne Lindsay can do. Written by husband, Peter Simpson, with a delightful musical arrangement, this is a stand out track.