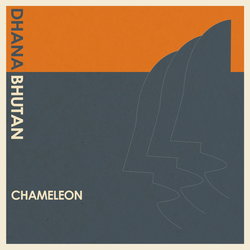 After releasing their debut single ‘Close’ in 2016 to immediate airplay on Triple J and blog love from around the world, Dhana Bhutan was forced to take a back seat due to the increased touring demands of both Ollie (saxophone) and Will (bass/guitar). After 18 months, Dhana Bhutan returned with the eight-minute odyssey ‘Welcome To,’ which again saw the band on national airwaves via Triple J and FBi radio, as well as receive further coverage in online publications including Happy Mag and AAA Backstage.


Chameleon – the second release from Dhana Bhutan’s upcoming EP – is a deeply personal exploration of the unsettling vulnerability that results when two people allow each other to access their most desperately protected secrets and desires.