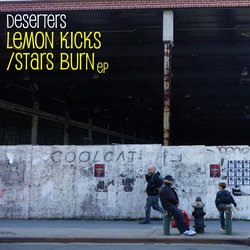 Melbourne-based songwriter Luke Thomas is probably best known as the bass-playing half of The Pictures (in collaboration with You Am I’s Davey Lane). As guitarist, lead vocalist and producer of his own band, Deserters, he steps out from Lane’s shadow to shine the light on his own evocative, well-crafted songs. Rich with melody and a turn of phrase that reaches into the influential well of writers such as Steve Kilbey, Neil Finn and Grant McLennan, Thomas’s intuitive writing techniques capture a classic Australian quality. The three collections of organically-produced songs to date, recorded and released under the Deserters banner, trace the creative skill of a major songwriting talent.

Other tracks by Deserters: Lemon Kicks
%