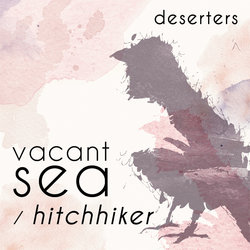 Melbourne-based songwriter Luke Thomas is probably best known as the bass-playing half of The Pictures (in collaboration with You Am I’s Davey Lane). As guitarist, lead vocalist and producer of his own band, Deserters, Thomas steps out from Lane’s shadow to shine the light on his own evocative, well-crafted songs. Rich with melody and a turn of phrase that reaches into the influential well of writers such as Steve Kilbey, Neil Finn and Grant McLennan, Thomas’ intuitive writing techniques capture a classic Australian quality. Deserters' music is a tapestry influenced by the likes of The Beatles, Neil Finn, Oasis, The Band, The Stone Roses, Wilco, The Go-Betweens and Teenage Fanclub.

Deserters present their rockin' new AA side single Vacant Sea/Hitchhiker which is a taster from the Deserters upcoming second album " Quay of Sea" to be released late 2012 thru Popboomerang Records and MGM.


Hitchhiker opens with a Creedence-esque guitar riff and moves into a rolling groove with an ambiguous vocal delivery from singer/songwriter Luke Thomas. Mixed by Brisbane's Jeff Lovejoy (Tex Perkins, Powderfinger).


Other tracks by Deserters: Vacant Sea
%