Demos from the Wheatbelt - Sue Munns - Speaks To Me - Internet Download 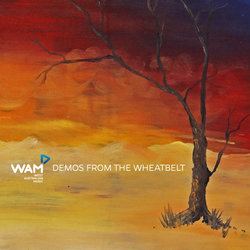 In March 2019 ten Wheatbelt artists travelled to the iconic Cummins Theatre in Merredin to record their original songs with legendary producers Dan Carrol and Mat Gio.

These ten tracks now form Demos from the Wheatbelt, the 10th iteration of WAM’s much-loved and respected ‘Sounds of’ and ‘Demos from’ regional recording projects which have played a pivotal role in developing regional artists and connecting them with new peers, inspiration, audiences, and mentors.

Recording took place between the 18th and 30th of March 2019 in one of Merredin’s oldest buildings, the Cummins Theatre. Renowned sound producers and co-owners of Rada Studios, Matt Gio (Abbe May, Katy Steele) and Dan Carroll (Grace Barbe, Odette Mercy, Mathas) recorded the project alongside Andy Lawson (Debaser Studios, WAMAwards Studio of the Year), who dropped in to provide production assistance for part of the project.

“This is our second snapshot of what the Wheatbelt region sounds like and it is nothing short of impressive. I’m most excited to see, and hear, the reactions of people in the Wheatbelt to these 10 songs created and recorded in their own backyard” said Nigel Bird, WAM’s Regional Officer, about the upcoming Demos from the Wheatbelt compilation.


Hailing from Beacon in Western Australia's Wheatbelt Region, when she's not farming, Sue Munns is a singer songwriter. In March 2019, she was selected to be part of WA Music's Demos from The Wheatbelt project.