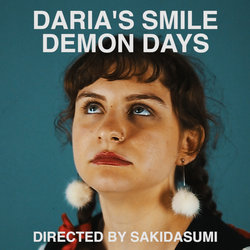 Perth’s Demon Days are the exciting five member Jazz Funk/Neo Soul collective set to captivate audiences and “transform any group of 20-somethings into an appreciative audience of jazz cats” (themusic.com.au).

The group garner influences from Hip Hop, Soul, Funk, Jazz, Fusion, and everything in between.

Their singles Lost In Translation, Killer Bees and No Winners all received praises and plenty of airplay from Triple J and have landed rotation on FBI, and airplay with stations like RTRFM, 3RRR, Radio Adelaide & 4ZZZ.


Premiering via Frankie Magazine, Daria's Smile is a "melodic flex" (Red Bull) from the band. Penned on tour by Bella Nicholls after re-reading Naomi Wolf's ‘The Beauty Myth’ (1990), punchy lyrics explore how beauty is used against women: there's no mistaking this track's bite amongst the glossy synths, syncopated bass and dynamic drums.