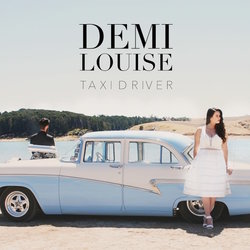 Award winning unsigned singer songwriter Demi Louise is from Melbourne, Australia her new single Taxi Driver was written and recorded in just 5 hours at 2015 Canadian Music Week APRA song hub with Canadian producers/writers Tawgs Salter, Mike Wise and Carlton Stone and will be released in March to coincide with her SXSW show case.
Demi Louise has show cased across the globe in the last 18 months including SXSW, CMJ, Canadian Music Week, International Folk Alliance, MUCON, Zandari Festa, Liverpool Sound City and Australian Music Week. She has played the Glastonbury Pop Up Hotel in 2014 & 2015 (where she happened to accidentally play a cover of an Adele song to Adele who was in the audience) and opened sold out shows for Gabrielle Aplin (UK), Kodaline (Ire) and Joshua Radin in Australia.

Demi was awarded the Australian Songwriters Association Pop Song of The Year award in 2014. Demi was selected for the APRA Song Hubs in London & Toronto and her song 'Rivers Run to Red' was covered by the winner of The Voice in Germany.
22 year old Demi has built up a passionate following worldwide (65,000+).
Joe Grimes Email: soundofmelbourne@mail.com or Mobile: +61424675107