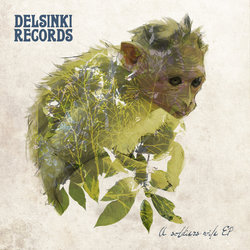 He has been involved in several musical projects over the years. He was the founding member of Gretchen Lewis, who in 2010 released their debut album produced by Lindsay Gravina ‘Issue 1′ through Green Media. His latest and most intimate project, falls under the name Delsinki Records. Craig, working with Cameron McKenzie has begun to capture his uniquely deep, raw and earthy sound. His strong lyrics and melodies arrive from a place of truth and sincerity that in turn give the listener permission to relate and interpret the style and musical genre for themselves.

Releasing one EP every year, the first song from the 2015 EP to be released in June, ‘Monkey’ was premiered on Tonedef 06-03-2015. This EP has collaborations with The Australian Chamber Orchestra, Coby Grant & Steve Pigram


Other tracks by Delsinki Records: A Soldiers Wife  -  Vacant Goose