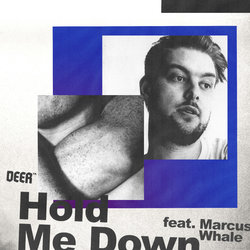 Melbourne producer Deer, née Tom Hitchcock, is perhaps the most pronounced example of a quiet achiever on the current Australian electronic music landscape.

Early forays into production saw release on labels from Perth’s Pilerats through to NYC’s Mishka, off the back of fortuitously timed collaborations with rising stars such as UV boi فوق بنفسجي and remix prowess such as his take on MssingNo’s single ‘XE2’, which featured in the majority of RL Grime’s 2015 live sets. Consolidated buzz in quality corners of the electronic community gave way to coveted support slots for the likes of Metro Boomin, Ryan Hemsworth, Shlohmo and Alison Wonderland to name just a few.

Deer’s output has always been sophisticated and diverse in a way that separates him from his compatriots. Past singles like “Cry For Help”, “All Alone”, and “Patience” straddle the intersection between bass, pop, and trap, garnering praise from publications like I-D, Pilerats, and Stoney Roads.

2019 is shaping up to be a busy year for Deer, as he’s preparing a number of singles for release, and is in the early stages of developing a new live show. There’s no knowing what he’s going to do next, but that’s the best part.


Hold Me Down is a dark melancholic synth arrangement about the desire to find comfort in a person. Whale’s vocals fire in flurries over the gentle-moving instrumental until you are completely engulfed in the mix. “I love the swelling, layered synths. Marcus’ vocals took the track to the next level,” Tom says. “This song really helped define my sound"