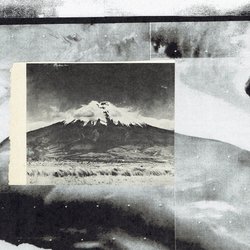 Well the world is burning but I just can’t stop singing. This album came out of an experimental process that began with Marcus giving me a series of processed cassette loops, which I used as floors for instrumentation and vocals.

Our interest was to make a futuristic record, but also to play with the paradox of building the sound out of samples from the past and obsolete technologies. The idea evolved after we read Ghosts of My Life by Mark Fisher, which also influenced the the Echo Room free vinyl project we ran in 2017-18, and Jo's Echo Room art exhibition at Wedge Gallery earlier this year.

We've been playing with these loops since the release of our previous album. I’ve been handing them back and forth to bandmates for mixing and extra layers, and begging Jo to sing with me, which she agreed to do on track two, one of my favourites.


A short pop song based on field recording and tape loops, with call and response vocal harmonies