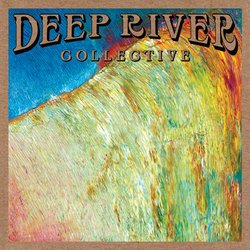 Deep River Collective are a 4 piece psychedelic groove rock band from the hills outside of Perth, Western Australia.

“They have nailed the art of psychedelic, slow building waves of addictive melody. Deep River Collective are a very impressive live act and a hard act to follow.” – FasterLouder.com.au

“A bewitching slab of psychedelia that draws from the band’s creative drive and solid songwriting.” – Drum Media

“Sonically dense and utterly propulsive, an outfit bound to be one of 2011′s most hyped about local bands.” – Xpress Magazine

In 2011, Deep River Collective supported acts such as Stonefield, The Kill Devil Hills and San Cisco, played Fremantle’s boutique ‘Hidden Treasures’ festival, and undertaken several regional tours, before heading back into the studio at the end of the year to record their latest single.

In 2012 the band recorded their latest single ‘Excuses’, which was recorded with Ricky Maymi (The Brian Jonestown Massacre).