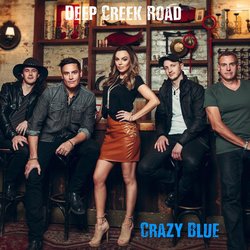 2016 was a breakout year for Melbourne based Deep Creek Road – the band recorded their first #1 with the single ‘What If I was Willing,’ which also reached #8 on the Country Music Channel Chart (CMC). With the follow up single ‘Anchor, the band achieved the lofty feet of having the #1 most played song on Australian Country Radio for the whole of 2016. It was also featured on Qantas in flight radio worldwide. Accordingly, Deep Creek Road played most of Australia’s Major country music festivals including CMC Rocks, Broadbeach Country Music Festival, Tamworth Country Music Festival, Deni Ute Muster, Snowy Mountains Country Music Festival, Live on the lawn, Mt Isa Rodeo and many more. Deep Creek Road were also nominated for a CMC music award for best new artist for the 2016 awards and won the Planet Country award for best Australian group or Duo.
Deep Creek Road is a country rock band fronted by dual lead singers. The debut cd, Cowboy on the Run was released in May of 2013. The first single ‘Here and Gone’ was in national radio service for many months and received extensive airplay on over 200 radio stations.


Discovered on a Deep Creek Road songwriting trip to Nashville in 2016, a demo of the song was presented to the band and we couldn’t NOT record it. With a stronger dance edge than anything we have previously released, Crazy Blue is the perfect soundtrack for summer.