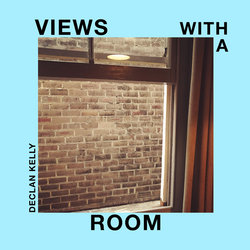 Focusing on his first solo album in 10 years, Declan is tackling today's issues from mental health to masculinity and diving into the challenges he's faced in recent times. From despondency to clarity, "Views With A Room" is Declan's diary but also an outlet of positivity to the listener.


Beginning with a sombre guitar riff, Declan opens the album singing about the cold, bitter days and how we can overcome the heaviness of life. With three distinct sections tackling despondency, regaining control and looking forward with positivity, Declan uplifts us with airy vocals and dreamy piano.