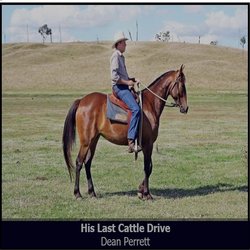 When not making music, Dean is in the saddle on the family Queensland cattle property ‘’Bowenfels’ where he was raised and still working.

Artists such as Lee Kernaghan, Anne Kirkpatrick and Troy Cassar-Daley have such a respect for Dean’s music that each has recorded duets with Dean.

In January 2012 Dean was added to a very exclusive list of Golden Guitar winners, for his emotive duet with Lee Kernaghan, ‘Channel Country Ground.’ Two Golden guitars followed in 2015 with ‘Bloodwood and Clover’ and another with ‘My Country My Land’ recorded and co-written with Troy Cassar-Daley.

Inducted into the Australian Country Music Hands of Fame in 2015, Dean’s music is traditional yet fresh and modern. He performs at major festivals around Australia as well as touring nationwide with his own show.