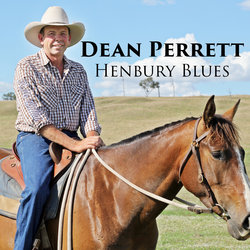 There is an old saying “write and sing about what you know”. For an authentic traditional Australian country sound, look no further than bush ballad singer songwriter, Dean Perrett.

Having been raised and still working on the family cattle property “Bowenfels”, a soul of pure country is a natural thing for Dean. Over the last 25 years, Dean has earned his place as one of Australia’s favourite bush balladeers and leading traditional country artists.

With three golden guitars under his belt, Dean’s creditability as a writer and singer of Australian bush songs goes unquestioned. Just like Dean, the songs he writes and sings are very authentic and genuine.

Dean has released 15 albums to date with his latest being “Aussie Favourites Bluegrassed”. This album truly highlights Dean’s versatility and dedication as an artist of both traditional country and bluegrass music. Dean is currently working on an new bush ballad project recording songs with pure Australian heart and soul.


“Henbury Blues” written by Neville Anderson, is about his longings to spend time on his family cattle property, “Henbury Station” situated in the Northern Territory. This song is an advanced single release for Dean’s forthcoming bush ballad album produced by Dean and Michael Vidale.