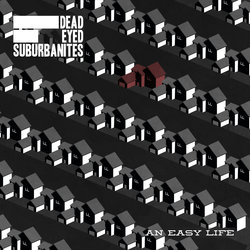 Drawing on influences from 60’s Pop to 90’s Alternative Rock, the brothers set out on a mission to write classic tunes.

Shortly after, the brothers began playing acoustic gigs around Sydney and Newcastle, drawing the attention of gig goers and fellow musicians alike.
In 2012 they released their debut eponymous 5 track EP produced by Greg Pigot, and featuring a full band sound.

This release earned them airplay on Sydney community radio, some local media attention and eventually led to the formation of the full six-piece band that Dead Eyed Suburbanites are today.

From the Sydney and Newcastle live music scene they recruited Aaron Denmeade on Lead Guitar, Leighton West on Bass, Dave Wark on Keys and Ben Everingham on Drums.

The new Dead Eyed Suburbanites line up debuted at FBi Social in September of 2013. Also they began creating new material, the resulting songs being stepped up a few notches from the relaxed vibe of their first EP.

'An Easy Life' was recorded at Damien Gerard Studios in Balmain, NSW. It was engineered and mixed by Russell Pilling.


A catchy pop rock melody that spirals up through the verse to break out into a memorable chorus complete with harmonies.

Other tracks by Dead Eyed Suburbanites: A Pleasant Kind Of Dream  -  Blew It Again